Course Description The key to successful writing for TV and radio is learning to write to a specific brief, and … The key to successful writing for TV and radio is learning to write to a specific brief, and to modify storylines, scenes and characters to work within budgetary and filming restrictions. Important skills are learning to accept feedback and collaborating with other members of the production team. The Drama and Comedy Writing Online Diploma is designed to tap into your creativity and is based in “Active Learning”. Most of the actual learning takes place within your own activities – that is, writing! You will learn by doing. Completing this project will increase your confidence in your ideas and abilities, and you’ll feel prepared to pitch your first script and get started on your next.

Could I Write For TV?

The fact is, someone has to – because the TV networks need a constant and never-ending supply of new shows…

Okay, so your next question will most likely be:

Can I Get In On Writing For TV?

And the answer is: of course you can, if you sign up NOW for my latest Academy writing course:

First off, let’s see if you have what’s needed to write for TV:

Now, this is where I come into my own.

In case you don’t know me, I’m Rob Parnell, considered by many online sources (including Google and Wikipedia) and various personalities to be the first and last authority on writing, self-motivation and personal creativity.

I have created over 110 published books, courses, books and information resources, many of which have been translated into foreign languages. I am often described by friends, family and students as an ‘over-achiever’!

For the last decade, I have been increasingly drawn to the visual media. As a writer, I’ve worked with Hollywood producers, been intimately involved with some very exciting film and TV projects and, best of all, been paid a small fortune by production companies and media funding bodies to learn and hone my screenwriting abilities.

So much so that we’ve recently formed our own production company, R&R Books Film Music, just to deal with the legal and logistics that tend to surround working within the visual media.

I Can Teach You How to Write for TV

The television industry has its own rules – rules that are not generally broadcast (no pun intended) to the general public. In order to compete as a TV writer, you need someone on the inside – like me – to help you.

I have so much information to share with you about writing for TV, I want to invite you on a journey into the world of television.

It’s actually relatively easy to meet with producers and TV network executives – there’s a good reason for this, which I’ll teach you later (in the first module, immediately on sign-up!) But the hard part is presenting yourself and your material to the TV industry in exactly the right way.

Because, unless you follow the TV industry protocols – and major things like the way you format documents – you don’t stand a chance.

Yes, even something as seemingly innocuous as the way a script and a TV program proposal looks is enormously important. More than that, your material has to look exactly right, or you won’t get a serious look in.

But, don’t worry, my friend, I can teach you everything you need to know about writing for TV.

In the SIX VALUABLE LESSONS, you will learn:

Module One: Introduction to Writing for TV

A thorough analysis of the genre, how it works, how we got to where we are now and where we are heading in TVLand. Insights into successful writers, execs and producers in the TV world, past, present and future. How TV has changed in the last few years – and why the industry now welcomes new writers, ideas people and independent producers, directors and even web-based media individuals (like you!) Also, crucial clues as to how to quickly familiarize yourself with TV trends, including up to the minute insider tips on how to seem like a TV expert (without doing much work!)

Module Two: Your Ideas & How to Present Them

Curiously, one of the last questions you’ll be asked in TV is whether you can actually write. You can go a long way with a good TV drama or comedy pitch without writing anything but a proposal. In this module I teach you the exact format you need to present your ideas. I’ll also show you how to go about contacting people within the TV industry. It doesn’t matter if you’re shy or nervous – there are effective ways around these things. This module includes case studies and examples. I’ll also teach you exactly how to brainstorm ideas like a professional so that you never have to want for inspiration again!

As any writer knows, good stories come out of great characters in interesting scenarios. Once you’ve had a good idea, how do you develop that for TV? What are the rules that are specific to the audiovisual media? I’ll teach you the subtle differences and we’ll go over some of more familiar aspects of story telling that still apply to writing for the small screen – things like character development, story arc, long term serial considerations and other TV genre specific musts. Here we’ll also investigate ‘pushing the envelope’ with regards to time-slot, moral correctness, network politics and social responsibility.

A TV script is formatted differently from a movie script – and ne’er the twain shall meet! There are rules on timing and pacing (read: ad breaks) that you absolutely must understand and incorporate into your screenplays when writing for TV. I’ll explain how professional script editors work too – and why you’ll never get all of your words onscreen. Plus, we investigate the ‘Story Bible’. How to write and create the basis of your TV series, so that you don’t have to write every script – if you were ever allowed to do such a thing anyway! Module includes actual TV templates you can adapt for your own use.

Often considered the most difficult, demanding, yet rewarding of all the TV genres. In fact, to those in the know, Comedy writing has long been essentially formulaic and really not that difficult to understand and/or emulate. In this very special, first for the Net, Masterclass, I will teach you everything you need to know about comedy writing, from how to write funny sketches to a long-running comedy series. By the end of this module, you’ll know how those writers achieve seemingly effortless comedy following just a few simple rules.

Module Six: The Money & How You Get PAID

As the famous TV series tells us, despite all the creativity in the world, it’s the Dirty Sexy Money we’re ultimately after. In this module, I explain how writers get paid for TV work – which is surprisingly often, even when your work doesn’t appear on TV – and how much you can expect to make. I explain how TV gets funded, where the money comes from, who and why gets paid when, and how to negotiate deals where you get paid lots of money BEFORE everyone else and AFTER, again and again. This module also includes market listings and tips on how to start and maintain a lucrative TV writing career.

This course is for anyone who's interested in this topic and wants to learn more about it. This course will also help you gain potential professional skills.

No prior qualifications are needed to take this course.

Yes, there is a test at the end of the course. Once you’ve completed all the modules of the course, you will have to give a multiple-choice test. The questions will be based on the topics of the modules you studied. And of course, you can take the test at any time, from any device and from anywhere you want.

Don’t worry if you fail the test, you can retake it as many times as you want.

You don’t have to wait a minute after your payment has been received, you can begin immediately. You will create your login details during the checkout process and we will also send you an email confirming your login details.

We make the payment process easy for you. You can either use your Visa, MasterCard, American Express, Solo cards or PayPal account to pay for the online course. We use the latest SSL encryption for all transactions, so your order is safe and secure.

After you complete the course, you’ll immediately receive a free printable PDF certificate. Hard Copy certificate is also available, and you can get one for just £9! You may have to wait for 3 to 9 days to get the hard copy certificate. 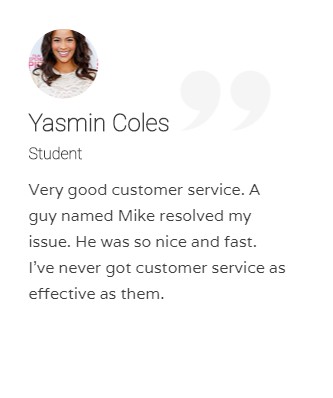 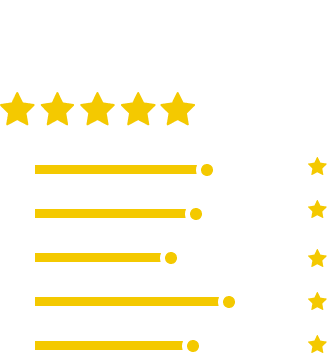